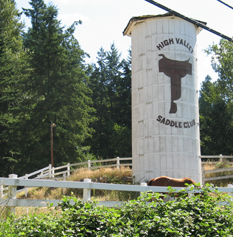 For more on subarea and community planning look here>>

The Four Creeks service area encompasses both rural and urban areas, each with its own character and, therefore, its own issues.

Encompassing FCUAC districts 1, 7 and the northern part of district 9 this area sits on either side of the Renton-Issaquah Highway (SR-900). The basin includes an area that floods annually and is dissected by May Creek. Historically an agricultural area it includes large grazing areas where horses and other livestock can be seen. Much of the May Valley Basin has been considered a wetland which, along with the Critical Areas Ordinance, has developed into one of the major concerns for the area. More >>

District 6 encompasses the largest land area in the Four Creeks area and includes both Cougar Mountain and Squak Mountain, the farthest west foothills of the Cascade mountain range in Washington. The district also includes the Hi Valley precinct which lies along the southern face of Squak Mountain. More >>

Encompassing FCUAC districts 10 and 11 this area includes Tiger Mountain State Park, the developments in and around Mirrormont, and the Hutchinson voting precinct which runs northeast of the Issaquah-Hobart Road all the way to SR 18. More >>

The area is also of interest to FCUAC because it represents a potential buffer area between the rural areas of Four Creeks and the urban areas of Renton. The plateau also a major watershed into both May Valley and the Cedar River. More >>

A couple years ago the Four Creeks members and meeting attendees put together a preliminary list of intersections, road segments, and road areas of interest in the community.  A similar list was created for the services provided by King County Department of Natural Resources and Parks.

Residents are encouraged to send comments or updates to Four Creeks.