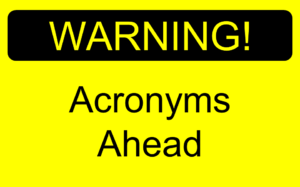 FCUAC, and the organizations it engages with, use lots of acronyms. This is a partial list.

ILA – Interlocal Agreement: A formal agreement between public jurisdictions. Examples include Eastside Fire and Rescue is an ILA between three fire districts. FCUAC is advocating for an ILA between King County and Renton to cover the unincorporated urban area on the plateau east of Renton.

PAA – Potential Annexation Area: A area of unincorporated King County that lies within the Urban Growth Boundary that has been formally identified for potential annexation by an individual city. The unincorporated area on the plateau east of Renton is a Renton PAA.

UGB/UGA – Urban Growth Boundary/Urban Growth Area: The boundary is a line and the area is the land inside the boundary. Designated which areas of King County are for urban land use. Unincorporated areas within the UGA are often Potential Annexation Areas.

Need a definition? Just email us.